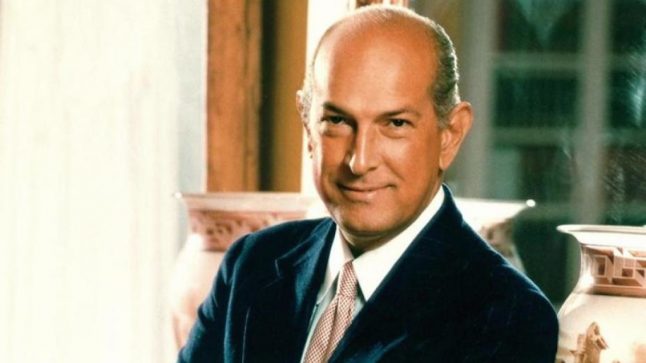 He talks about brilliant beginnings: An apprenticeship with the famous designer Cristóbal Balenciaga paved the way for the debut of the first  Oscar d era Renta collection in 1965. Since then, his own artistic genius and his modern ingenuity have helped him to build an empire of fashion. The Dominican native designed his first ready to wear bridal collection in 2006 and since then his bridal gowns  have already been worn by thousands of brides, including Katherine Heigl and Jenna Bush.

Signature style: “The dresses I make are for the most extraordinary day of a woman’s life,” says de la Renta, who is known for her use of rich ornaments and curvaceous figures. “For that reason, everything is very feminine.

Words of Wisdom: Try as many dresses as you can, do not limit yourself to a single silhouette. “Never before have there been so many options!” He says. “For me, that’s inspiring.” 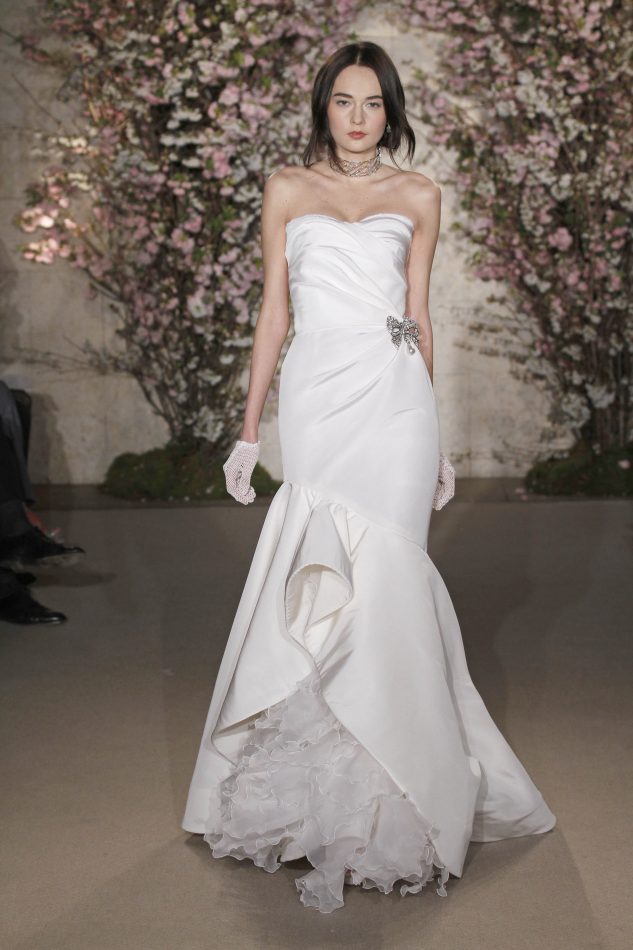 About this dress: The drama¡tic silhouette of this gown reflects the Oscar de La Renta   Latin background. “It’s sleek cut and volumne at the bottom reminds you of a Spanish dancer”. 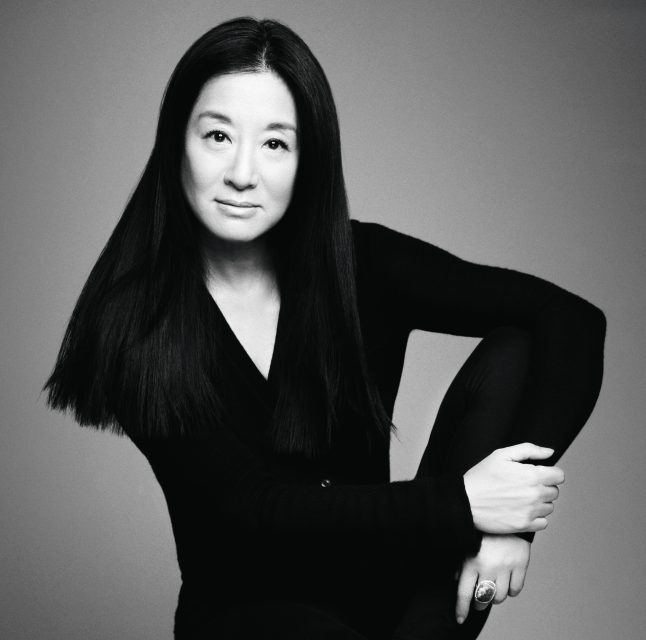 A former Vogue editor, this New Yorker turned fashion designer and opened her first bridal shop in 1990. In addition to having dressed notable brides such as Uma Thurman, Victoria Beckham and Chelsea Clinton, she Brings haute couture designs to the masses.

Signature style: “My designs are original, modern and imperfect,” says Wang. ” I’m trying to bring something interesting and unusual to everything I do. ”

Words of Wisdom: “Be honest with yourself – in your taste and what fits your body better,” he says. “My ideal bride is a girl who really knows who she is and who she wants to be”. 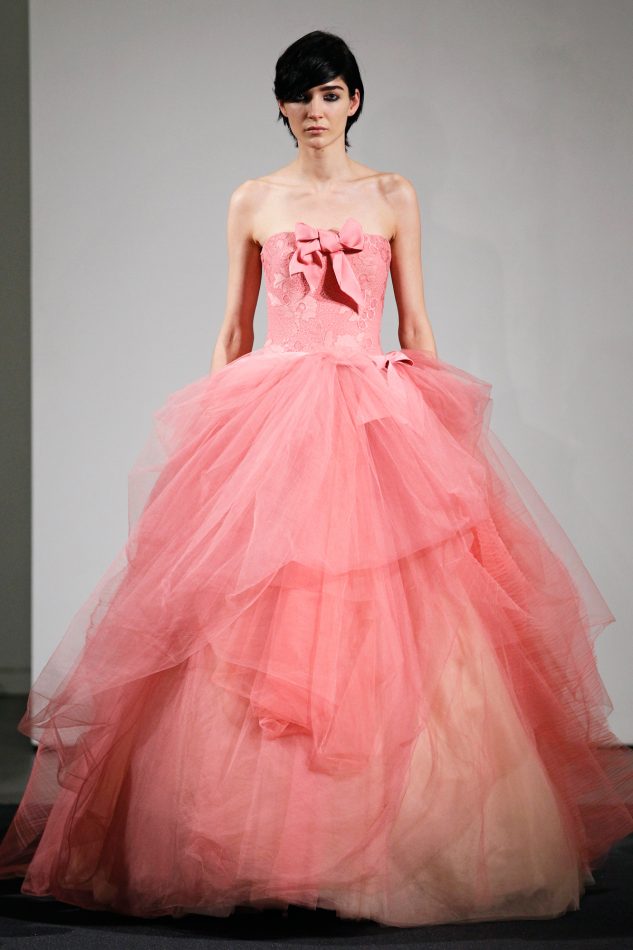 About this dress: Inspired by the pale pink ballerina dresses of Edgar Dega paintings, there’s a tremendous focus on the narrow waistline and full skirt. 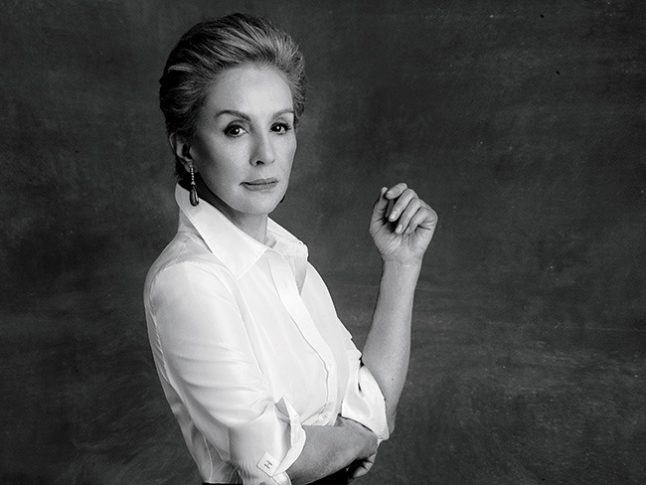 The world-famous Venezuelan aristocrat attended her first fashion show -Balenciaga- at the young age of 13, who inspired her to introduce her own line in 1981. She created her first bridal collection in 1987, after Caroline Kennedy put a special order for her wedding  day. Herrera’s designs – each as timeless as her signature shirt – have attracted everyone from Jackie Onassis to Renée Zellweger.

Signature style: Fashions come and go, but brides consistently return to Herrera for an elegant, modest, and flawlessly tailored dress.

Words of Wisdom: Herrera is firm in making important decisions alone. “You go and buy the dress for yourself,” she says. “Many opinions only confuse you, and at the end of the day, only yours matters” 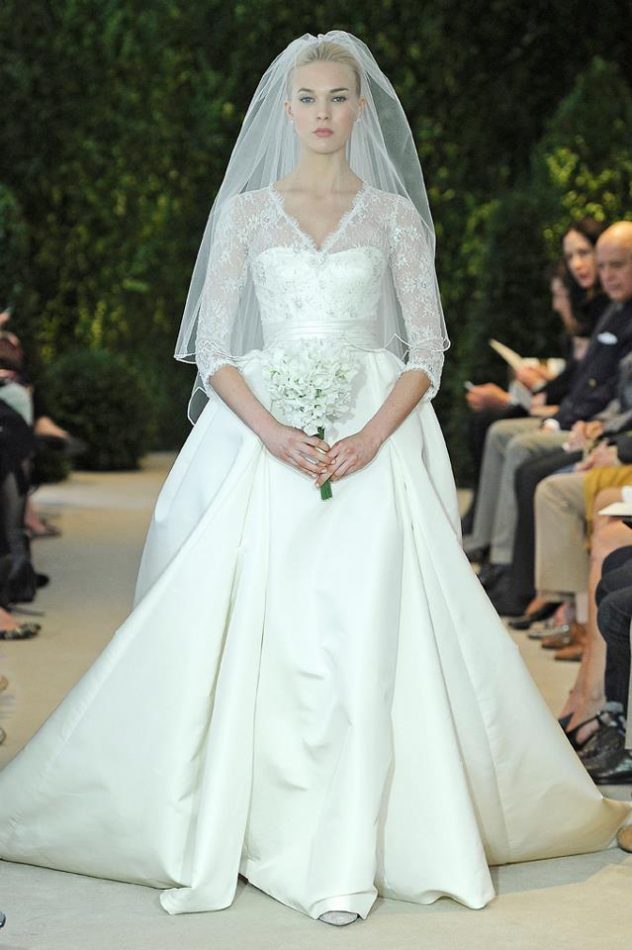 About this dress: “The  silk satin and lace dress with the three quarter sleeve, and removable skirt is exactly as I see the bride today, romantic, feminine, and sophisticated”, she says.

A Yellow and Gray Rustic Wedding