Inspired by the beauty, sensuality and delicacy of the fragrant white jasmine flower, the Carolina Herrera Spring 2016 bridal collection evokes a sense of femininity and romance. Hand-stitched embroidery on silk faille brings the precious flower to life, giving the illusion of the cascading blossoms. Pin-tucked tulle and silk organza draping create slender silhouettes, while feather and organza floral applique on Chantilly and guipure lace explore modern techniques on signature shapes. Reminiscent of Carolina Herrera’s favorite scent, the new collection gives a nod to heritage and exudes a refined essence synonymous with the house. 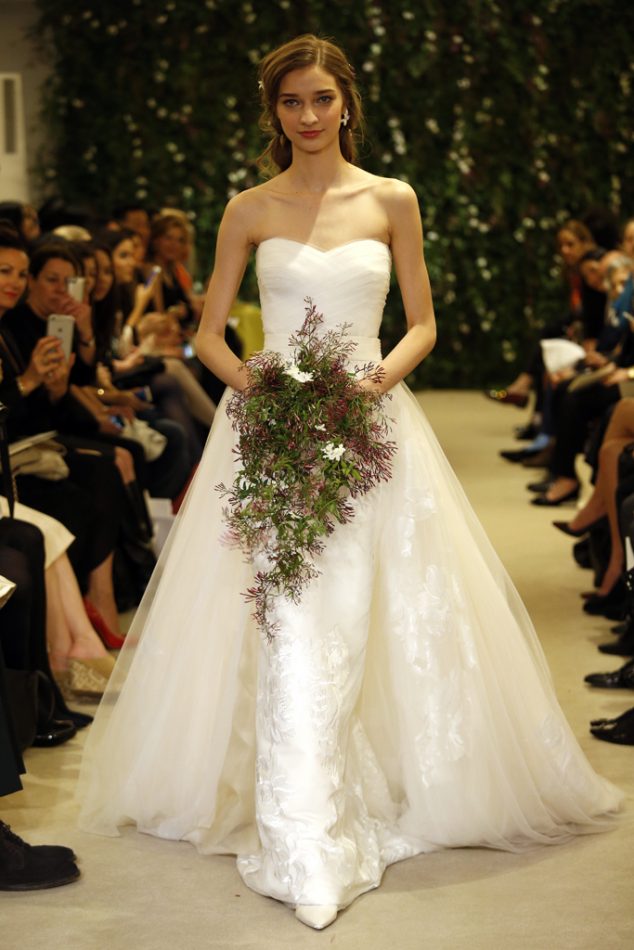 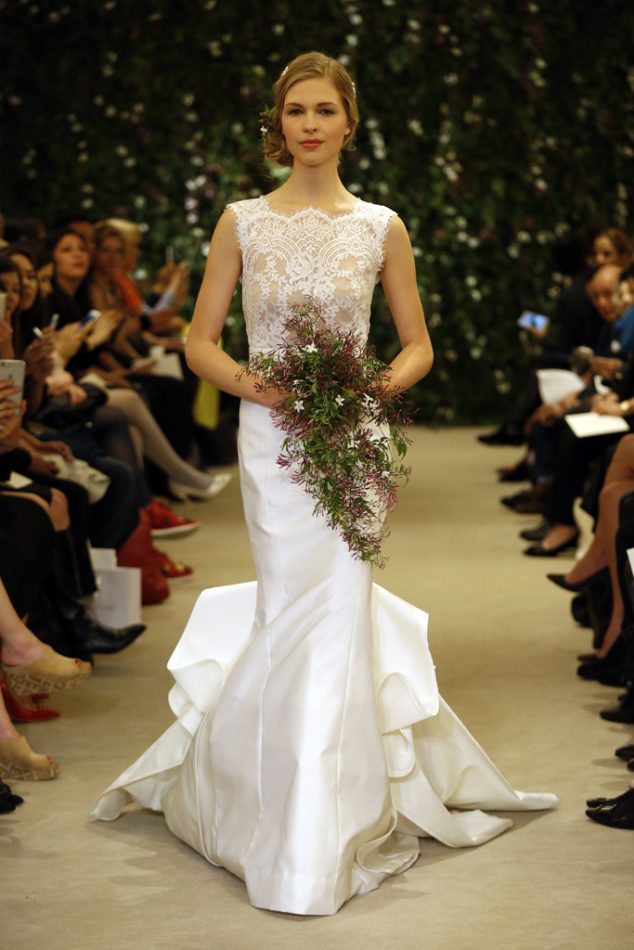 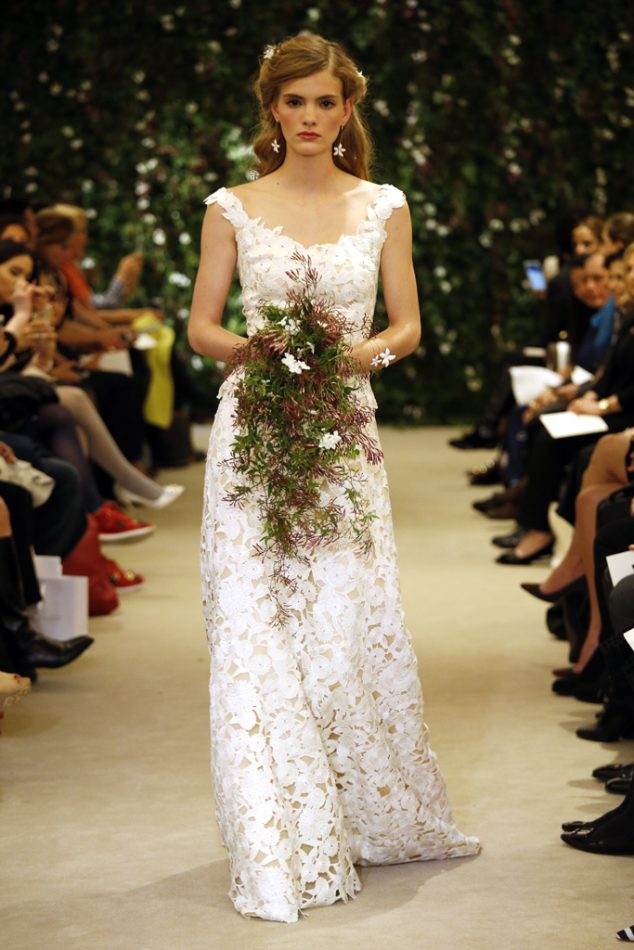 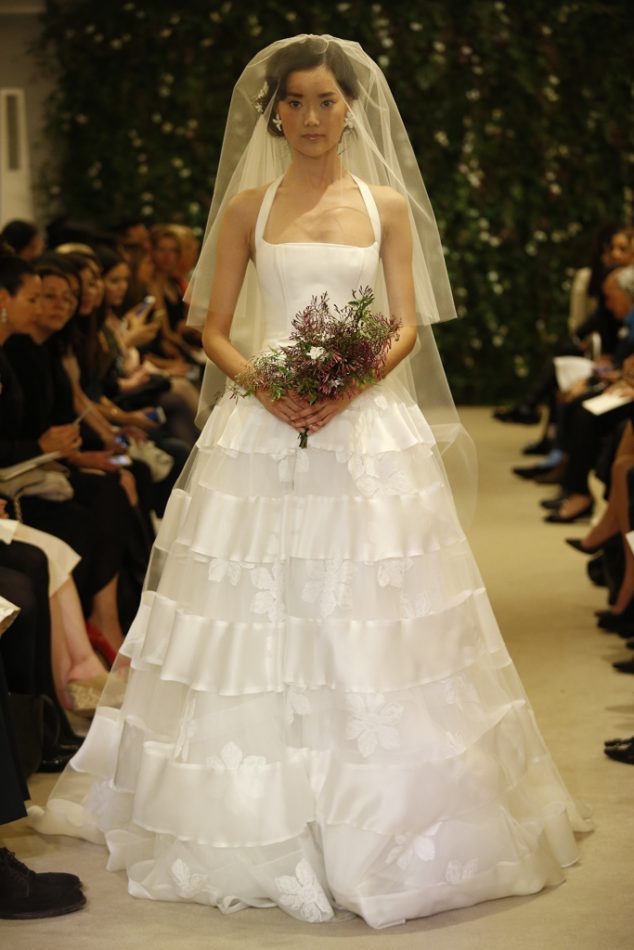 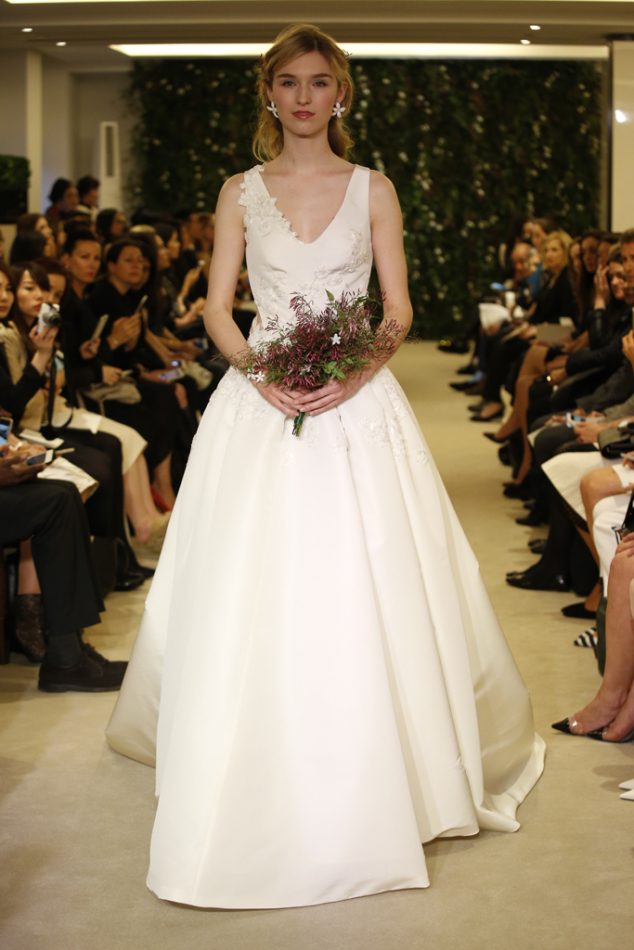 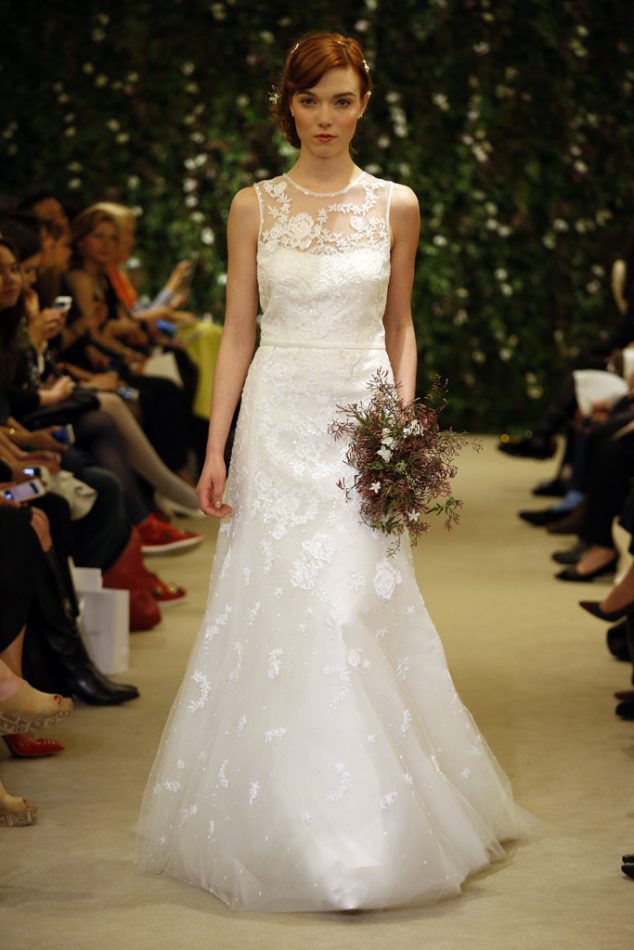 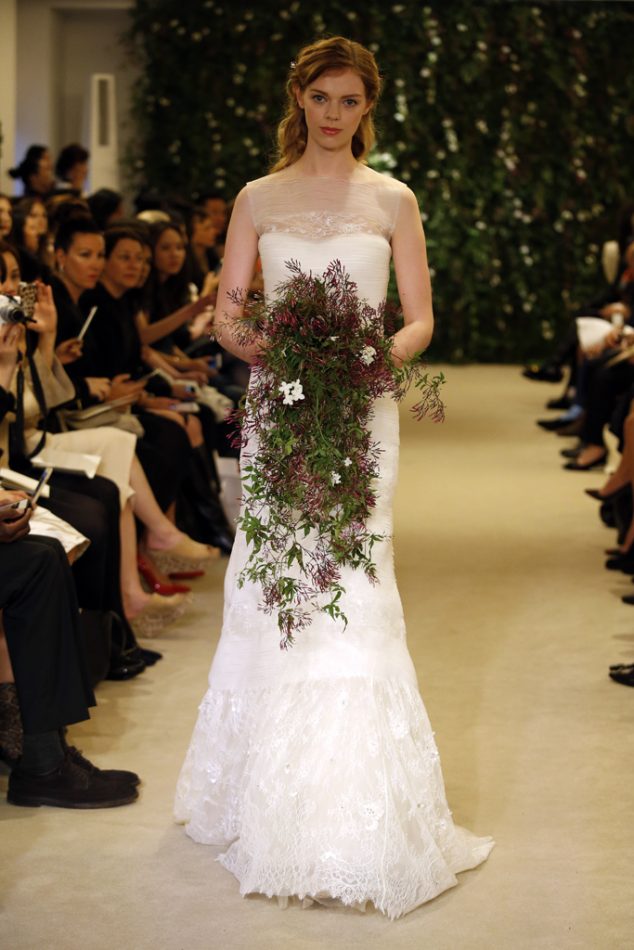 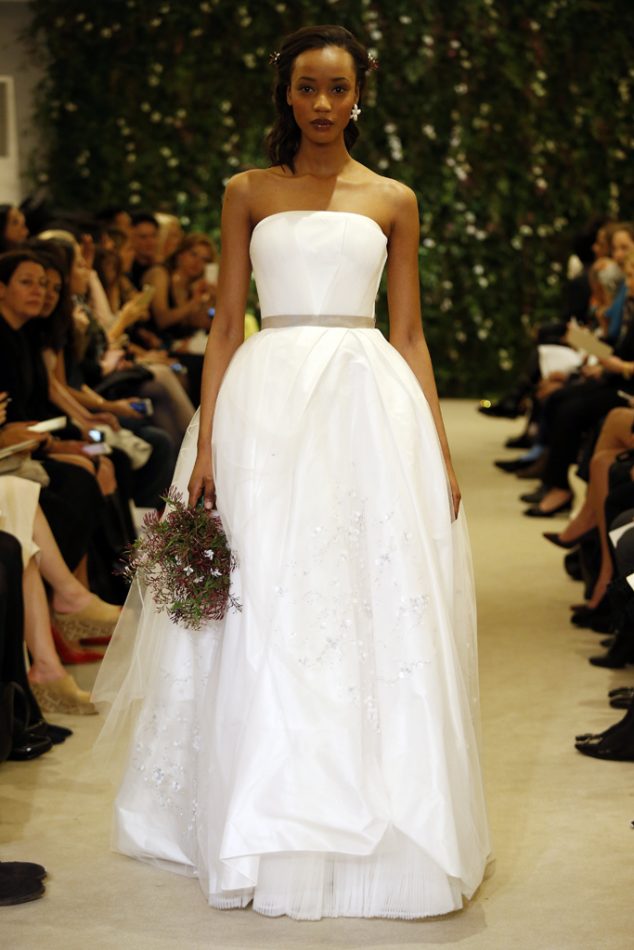 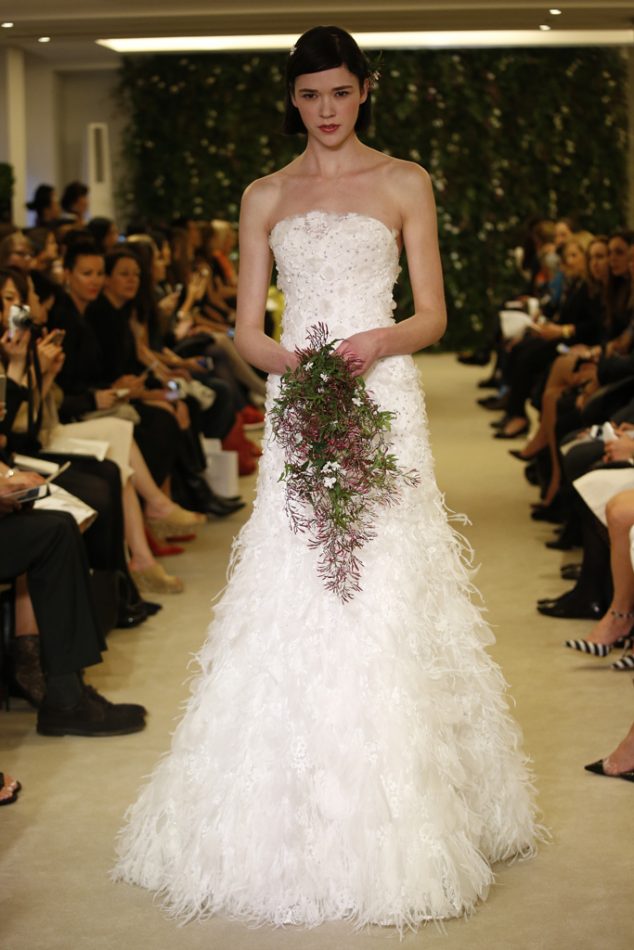 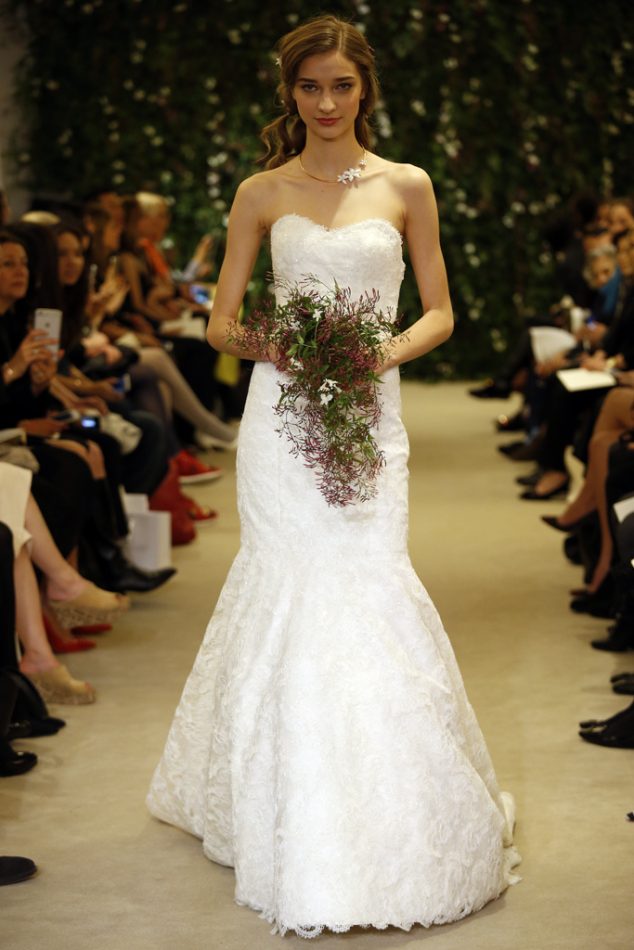 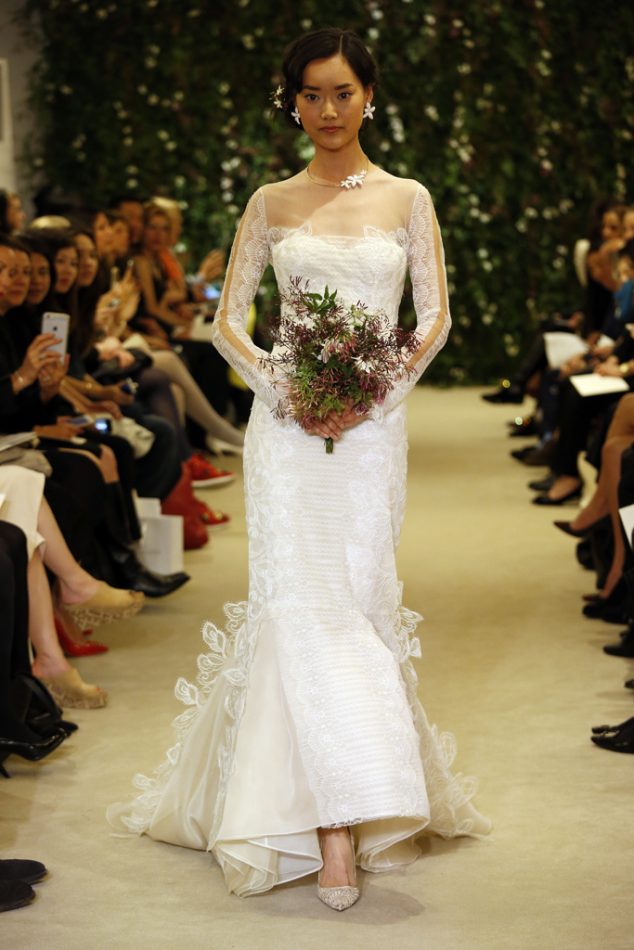 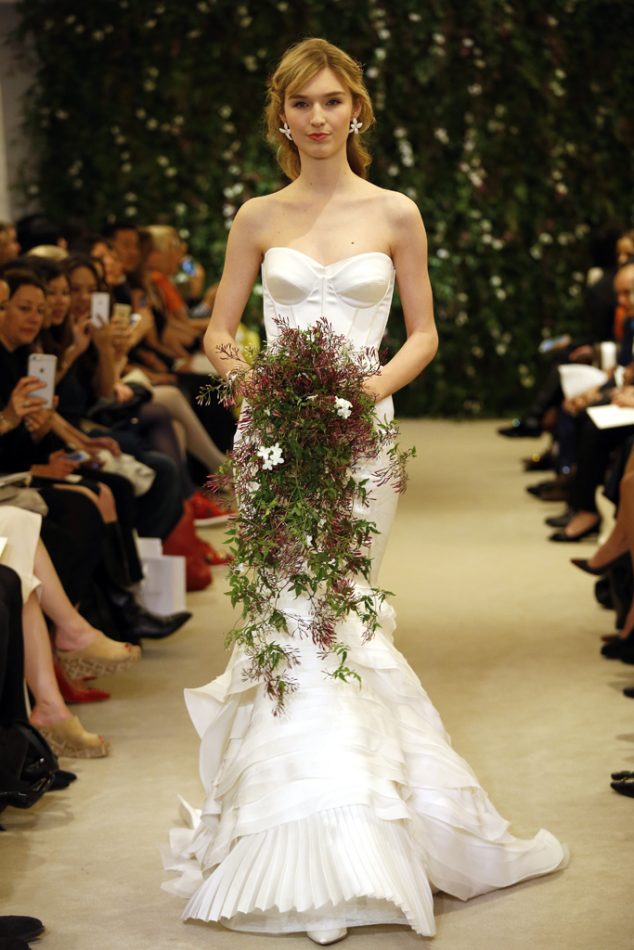 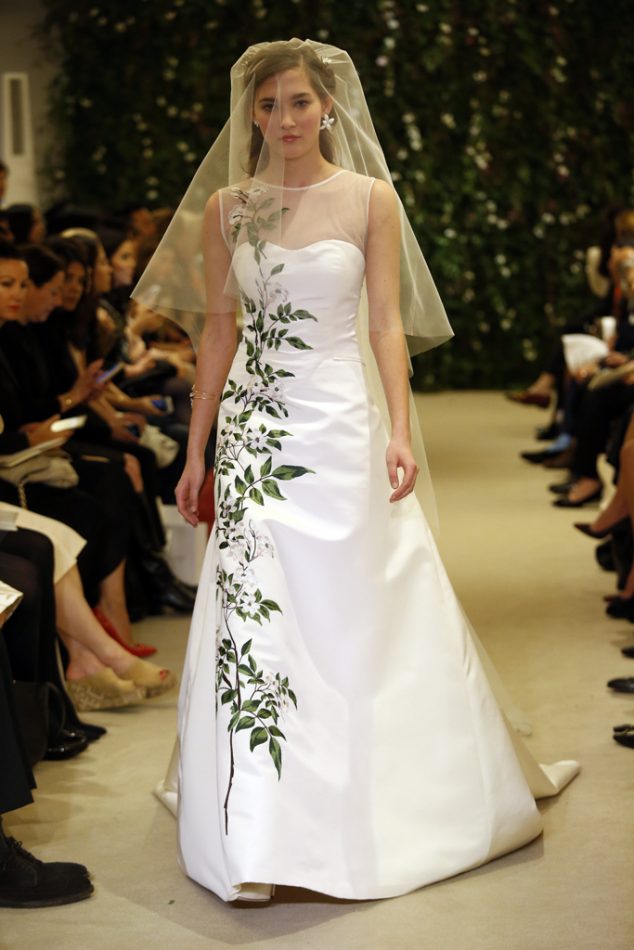 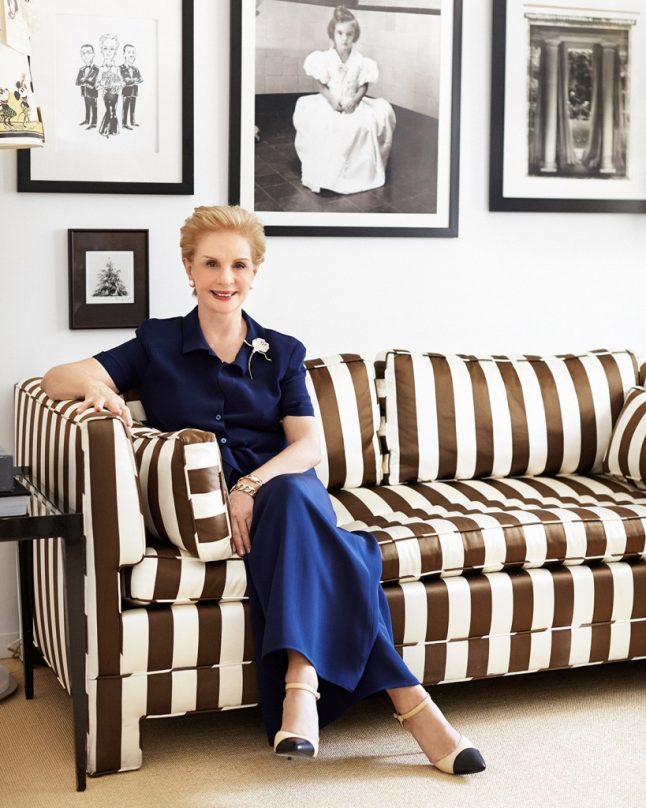 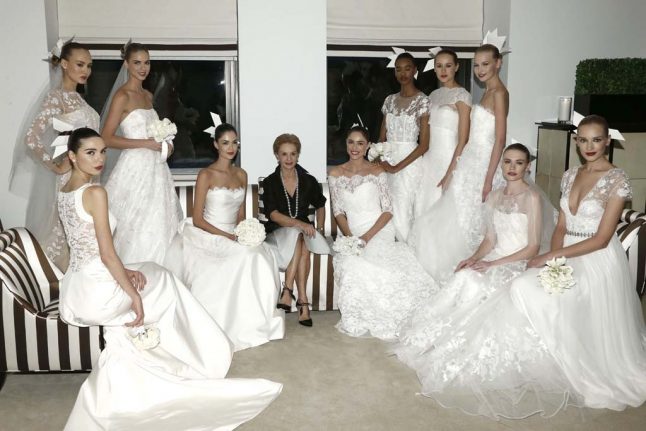