The most anticipated wedding dress of the year was worth waiting for. Megan Markle chose a very elegant and minimal silk cady dress designed by Clare Waight for Givenchy Couture. The non embroidered and understated yet feminine floor length gown with had a bateau neckline and long sleeves and featured a triple silk organza under skirt and long train. 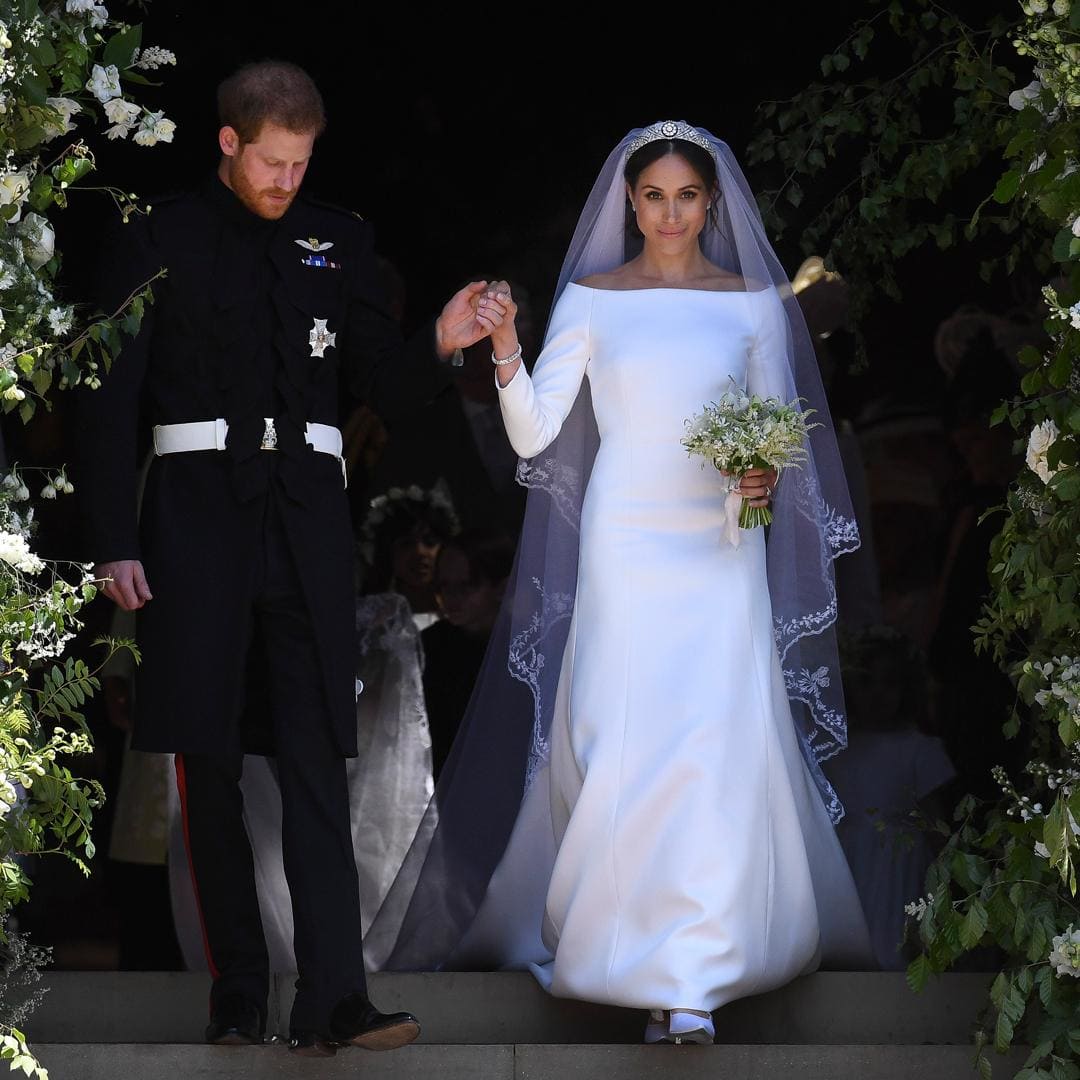 Megan chose an elaborated 5 meter long veil which was made by the same designer . The exquisite veil featured the distinctive flora of all 53 commonwealth countries embroidered along the edges. 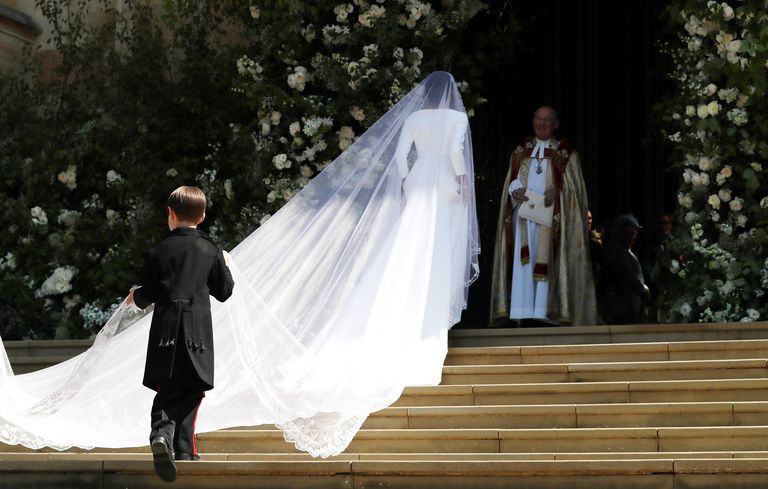 Megan’s beautiful veil was held in place by the Queen Mary’s diamond bandeau tiara, which was lent to Megan by The Queen. The diamond bandeau was made in 1932 with the centre stone dating from 1893. 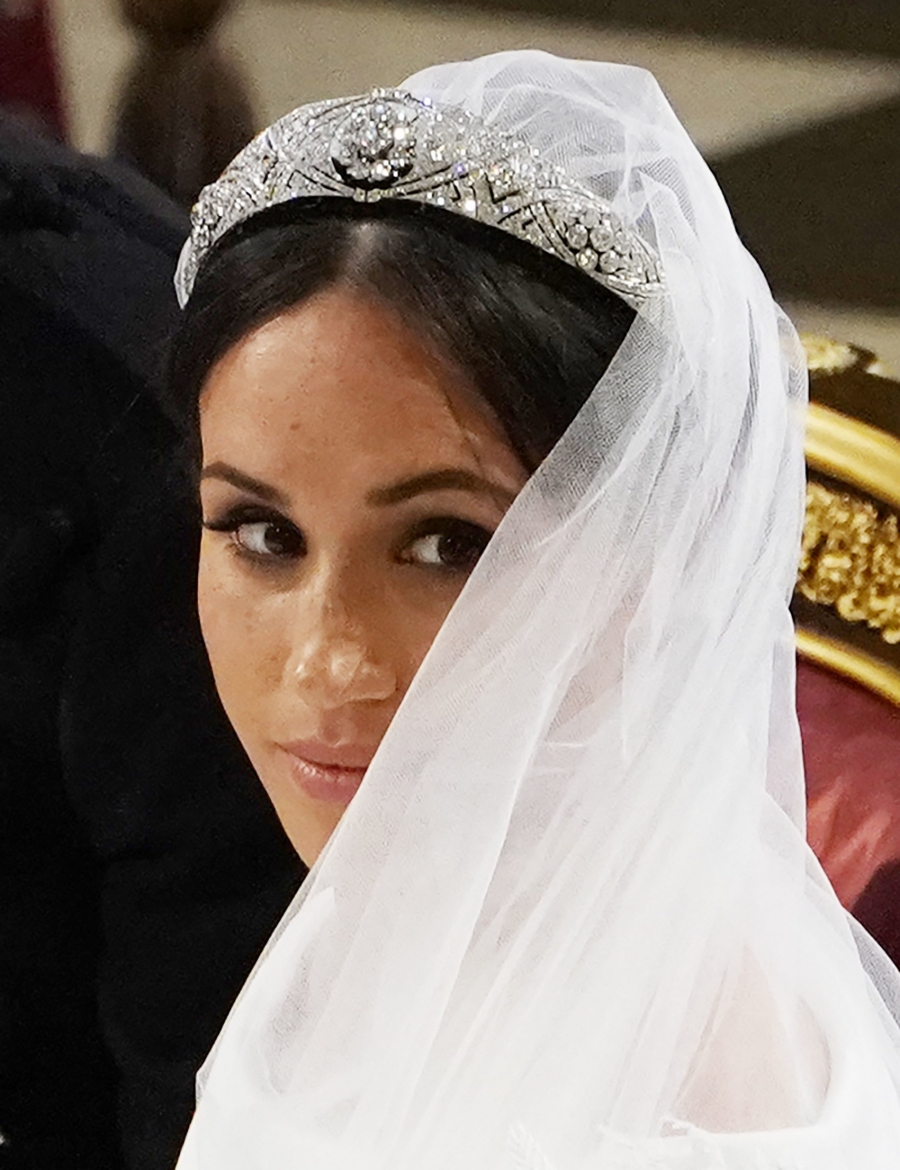 Megan chose a stunning pair of white gold and diamonds Cartier’s earrings and bracelet to complement her beautiful tiara. Later on for the royal wedding reception Megan wore a emerald cut aqua marine ring that belonged to late princess Diana.

The royal bridal bouquet included spring blooms such as sweet peas, lily of the valley, jasmine, astrantia and Forget- Me- Nots, which were Princess Diana’s favourite flowers.
According to the palace, “Prince Harry handpicked several flowers from their private garden at Kensington Palace to add to the bridal bouquet designed by florist Philippa Craddock. 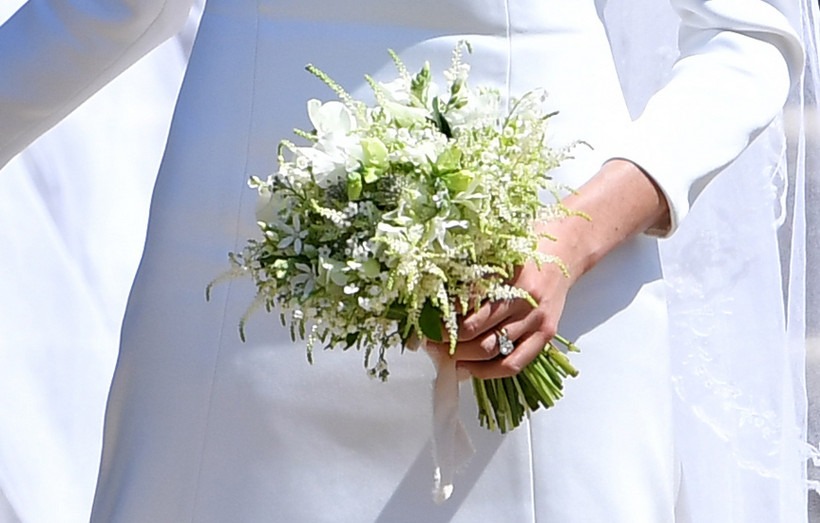